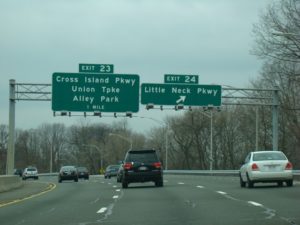 Adopting a section of New York’s Grand Central Parkway is just one example of the consistent community giving that characterizes Elie Hirschfeld. Mr. Hirschfeld is a leading New York City based real estate developer with a deep love for the cityscape and surrounding landscape.

The section of the roadway that is sponsored by Hirschfeld Properties, is the span of the Grand Central Parkway at Exit 23, at Cross Island Parkway. This generous contribution to the beautification and maintenance of New York’s infrastructure was done through the Adopt-a-Highway program. The program is designed for New Yorkers and businesses to demonstrate their city pride and support efforts to clean and preserve the city’s roadways for everyone’s enjoyment.

As a long-time New York developer and resident, Hirschfeld believes the roadways play an important role in welcoming visitors to New York and they should reflect the city accordingly. By supporting the maintenance and care for roads in this way, Elie Hirschfeld also hopes to raise awareness to the issues of city preservation and safe roadways.

“Our roadways are the gateways and the welcome which visitors experience on the way to our great city. The roadways carry an important role in the first impression that visitors have of our city. So, I believe it is right to make them the best they can be,” said Elie Hirschfeld.

Hirschfeld stays consistently involved in a wide variety of community giving projects and various events and fundraisers that make the New York community a better place. He recently ran the United Airlines NYC Marathon on behalf of two organizations; the Elie Hirschfeld Foundation and Team for Kids.

Hirschfeld Shares Insight with Leaders During Visit to Israel